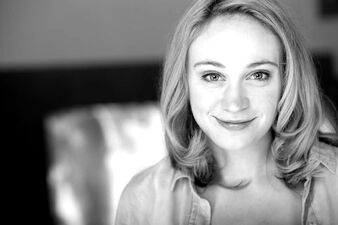 ​is a Philadelphia based theatre artist. Recent work includes Charlotte's Web (Arden Theatre) and Wayfinding (PlayPenn). Emilie is a proud company member of New Paradise Laboratories, and has performed with many others: Arden, Wilma, Studio Theatre (DC), People's Light & Theatre, Theatre Exile, Theater Horizon, Lantern Theater, Inis Nua, EgoPo, Simpatico, Delaware Shakespeare & many others. Emilie was nominated for a Barrymore's for Best Supporting Actress for her work in Theatre Exile's Who's Afraid of Virginia Woolf, and is a recipient of the 2017 Independence Fellowship in the Arts. Up next: A Streetcar Named Desire at the Arden Theatre. www.emiliekrause.com.

harry watermeier (rex, others)
​
Harry is absolutely thrilled and honored to be working with rail's cast, crew, and creative team, and would like to wholeheartedly thank Rachel and Zac for this incredible opportunity. As a teaching artist and actor, Harry has worked with The Lantern Theater Company, Azuka Theatre, Theatre Exile, Commonwealth Classics, Simpatico, and Tiny Dynamite, among others, and he recently recorded a performance for Dipsea: a narrative-based audio platform.
Thanks, Mom! Thanks, Sam!
zac kline (playwright)

​is a playwright, screenwriter, and producer based in New York City. Along with Blair Baker, he is the co-artistic director of Missing Bolts Productions, an independent production group devoted to new work with stage and film. As a playwright, his work has been presented at Finborough Theatre, Chaskis Theatre at Theatre Royal Stratford East and The Vaults, Prospect Theater Company, Philadelphia Theatre Company, and The New Group - in association with Urban Arts Partnership, among others. His films have been screened across the United States. For Missing Bolts, he co-produced After Orlando (with NoPassport Theatre Alliance & Press), an international theatre action in response to the shooting at Pulse Nightclub. www.zackline.net.
rachel dart (director)

​is a New York City-based director and educator whose work aims to democratize and depathologize gender and sexuality. She is a sexuality and intimate partner violence educator and the founder of Let Us Work, an advocacy group that combats sexual harassment in theater by effecting change in policy and culture.

is originally from the suburbs of Philadelphia and studied Theater at Temple University. After graduating he joined Cape May Stage as Production Manager and Technical Director for several years. He most recently worked as Technical Director and Facilities Manager for Theatre Horizon. He is thrilled to be working on this project and with it's beautiful space.  ​
eleanor safer (production stage manager)

is a Philadelphia-based playwright, dramaturg, and producer. Her plays have been developed and produced internationally with companies including Berridge Conservatory (AMOS AND THE STARS, France), Normal Ave Productions (DEAD MEAT, NYC) and What If? Productions (A STRING BETWEEN MAN AND THE WORLD, NC). Her plays and prose have been published by houses including Smith & Kraus, One Act Play Depot, and Hashtag Queer. She is the Artistic Associate of Shakespeare in Clark Park, Resident Dramaturg of Paper Doll Ensemble, and a member of the Foundry, an emerging playwrights' lab partnered with PlayPenn. paigezubel.com.
shayna freed (general management)

​has spent the past seven years working in theater administration in Philadelphia, most recently as the Managing Director of EgoPo Classic Theater. In addition to providing General Management support for rail., she is currently the Grants Manager at Project HOME.
bryan buttler (media relations/press representative)

​provides full-service public relations services for a wide variety of clients, with a specialization in the arts and entertainment industries.  Select clients include Cirque du Soleil, Borgata Hotel Casino & Spa, Arden Theatre Company, and others.  They are thrilled to join Missing Bolts with this unique production.  More information at bryanbuttlermediarelations.com.
missing bolts productions (producer)
​
​led by co-artistic directors Blair Baker & Zac Kline Missing Bolts Productions is an independent production group devoted to new work for stage & screen that explores characters searching for missing pieces in their lives. Past work includes: After Orlando: an international theatre action in response to the shooting at Pulse Nightclub, performed at the Suzanne Roberts Theatre in collaboration with Philadelphia Theatre Company and The Hour of All Things by OBIE-Winning playwright Caridad Svich at the Philadelphia International Women's Theatre Festival, featuring Blair Baker. Other work has been stage, developed and screened in New York, London and across the United States. www.missingbolts.org.
rail.
the play